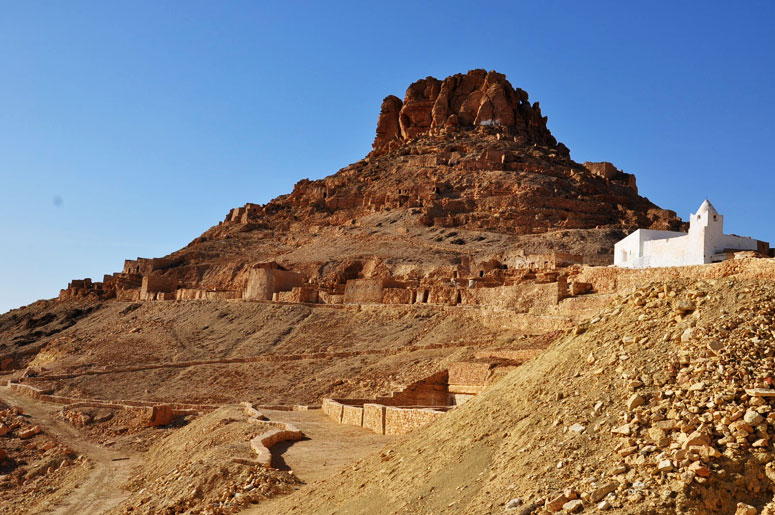 Each country has its secret places, and Chenini in Tunisia is one of these places. A beautiful Berber village located on a hilltop, in the south of the country. 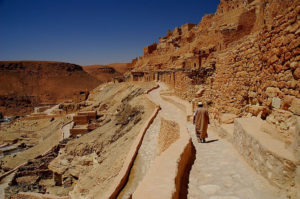 More than just an old village, Chenini is an important part of Tunisia’s history. This Berber village appeared during the 12thcentury, and was called Kenini according to the roman philosopher Saint Augustin. Chenini was built on a hilltop by North African Berber communities in order to protect it from raiding parties at that time. The village was also a storage place for food and valuable goods.

Chenini is unique because of its atypical architecture. The houses of this ruined Berber village are dug in rocks on the mountainside, a prehistoric technique that were widely used in the past. The beauty of this place is breathtaking, and the view from the top of the hill will leave you speechless!

In the past, Chenini was very animated with its inhabitants and visitors that used to come from all over the world to see this original place and discover its history. But today, almost all the inhabitants have moved from the old city to the new one and the Berber village is slowly disappearing.

Once animated, all inhabitants moved from the old city of Chenini to the new one with the same name and therefore, the Berber village is slowly disappearing. Thereby, if you’re planning to go to Tunisia during spring, Chenini should be your first destination; you’ll fall in love with this magic place.

The history of pottery and ceramics in Tunisia

The Tunisian Couscous: a story of love and tradition

For you who have visited the Tunisian country before, you’ve probably heard about (or visited, and it’s even better) the South of the country and especially the city of Tozeur. For those…

Summer holidays often refer to white sands, blue beautiful beaches and breathtaking views. What if we told that Djerba is the perfect summer destination for you, if you’re searching of…

If you have ever visited this beautiful country of Tunisia, or even heard about it, you probably know that this country is known for its beautiful beaches and breathtaking views and landscapes, especially in…