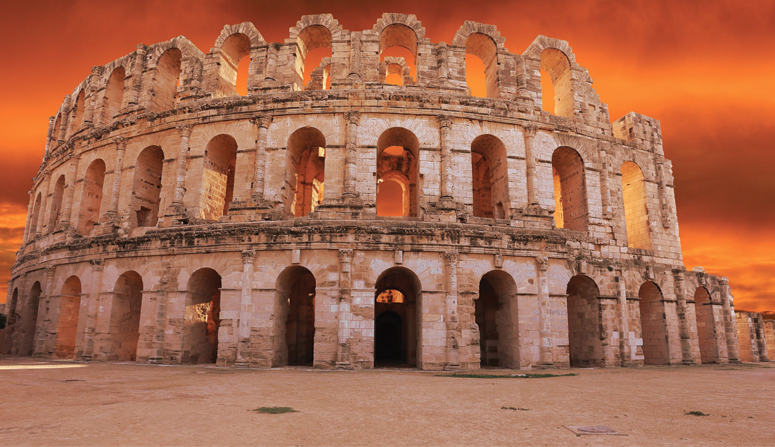 Jemma, Aphrodisium and Cap Africa were the ancient names of Mahdia, the coastal town that was the first capital of the Fatimid Caliphs in the 10th century and has become one of the largest fishing ports in Tunisia. With its sumptuous sandy beaches, Mahdia is one of the most beautiful destinations in Tunisia: You can enjoy this seaside resort during your summer holidays. Staying in this paradise on earth, you can practice scuba diving, windsurfing, water skiing and jet skiing … The town of Mahdia retains its traditional appearance through its typical dwellings and its silk weaving craft. Today, one can admire the making of shawls, bands and draperies in bright and shimmering colors: they serve to complete the traditional female costume. When visiting Mahdia, it is imperative to visit various monuments and buildings that add value to the city such as the Mahdia Museum, Skifa Kahla, Bordj El Kebir and the Great Mosque … You can also discover the small village of El Jemm located right next to the city where you will have the chance to visit the large amphitheater, ranked third of the ancient world by its dimensions. It should be noted that Mahdia is rich in cultural events such as the Summer Festival of Mahdia and the Festival of the Sea in July.

Berber villages have always fascinated visitors from all over the world, which is not surprising at all. In fact, with their atypical architecture and fascinating history, every alley of these Berber villages has its…

When we travel, we’re always searching for a total escape and new adventures. We generally want to discover new, unusual places. What is really exciting about Tunisia is that this little country is full…

Aïn Draham is a small town in the northwest of the country, not so far from Tabarka. In ancient times, Aïn Draham was a former souk and a military camp. Today this village has…