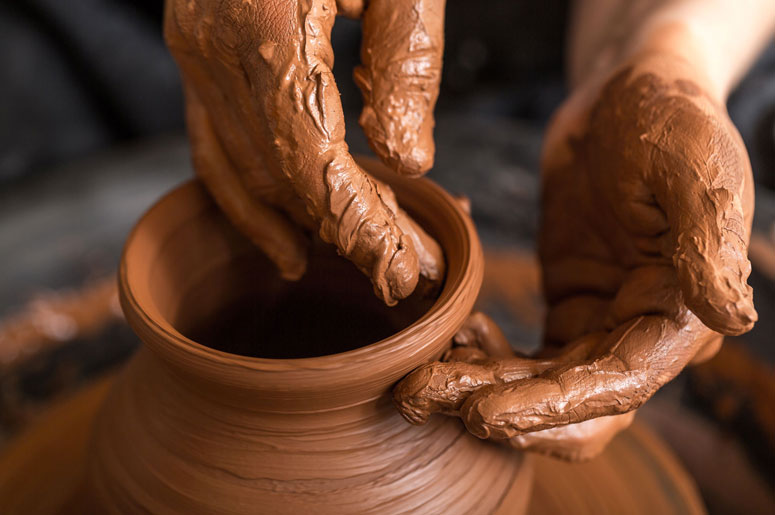 According to some experts, pottery and ceramics appeared in Tunisia at the time of prehistory. In ancient times, Berber used terracotta tanks as jars to stock and preserve their harvest of wheat, lentils, dates and olive oil. Also, oil lamps and small clay figurines were used during weddings to bring luck and ward off evil spirits. These pieces were found during the excavation of prehistoric coffins later on.

The next centuries were marked by Andalusian influence with the installation of Moriscos that have been expelled from Spain during the 17th century. That’s when ceramics knew an important development, especially in Nabeul. Many families of artisans have marked this field like the Chamli family, the Kharraz family… and many others.

Today, pottery and ceramics are mostly intended for tourists, but are still used by Tunisians in their houses for decoration and even for cooking.

Discover the story behind the Tunisian Shakshuka