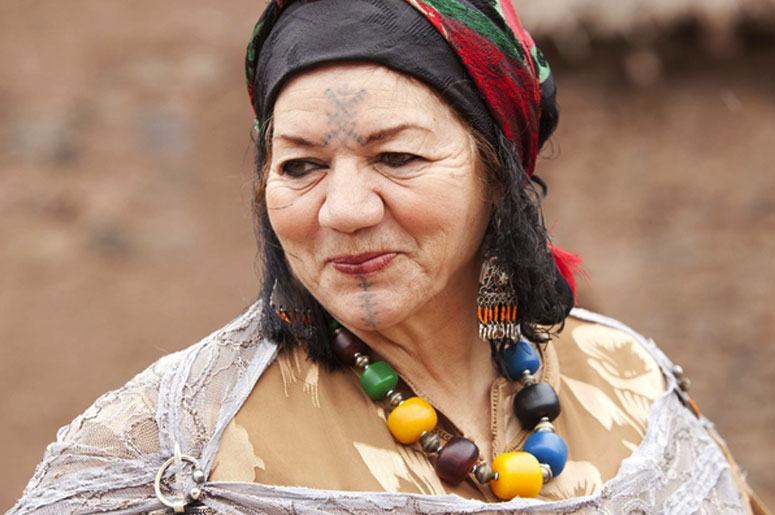 Tattoos are one the oldest traditions in the Berber culture, and their origins go back to the pre-Islamic period. Women used to make tattoos as a symbol of beauty and attraction, or simply to express a feeling or a social status. Berber tattoos aren’t just the cultural expression of a community; this tradition is an important part of Berber history. And until today, these tattoos are still used in some regions of the Tunisian country and some other North African countries.

Berber tattoos can have many meanings depending on the symbols used, and each symbol has a specific meaning. Female symbols are the most frequent and also the most recognizable, and are generally related to love, fertility and birth. For example, the “X” expresses a woman’s body that is ready to conceive. The rhombus expresses the mother’s womb. Other symbols literally express love, eroticism and seduction.

Berber women used to tattoo their forehead, chin, cheeks and even the back of their hands. Other parts of the body were rarely solicited. And even if this tradition tends to disappear nowadays, old Berber women still cherish their tattoos and the story behind each one of them.

What are the benefits of using flavored olive oil?

Moorish baths, also known as Turkish baths, became very trendy in the US in the last decade. These baths are highly appreciated since people of all classes can go there and have…

When we travel to a new destination, food is always one of the most important discoveries we’re seeking for. Every country has its own cuisine and culinary traditions, and Tunisia is no…