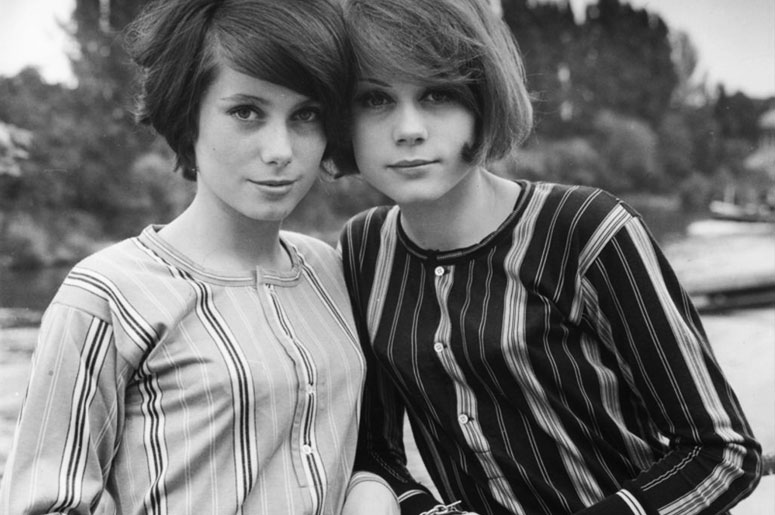 Every country has its own traditional clothes. In the USA i.e, blue jeans have been popularized since the 19th century. At that time, they were considered as work clothes and worn by middle-class society. Today, blue jeans became are worn in every state by all people of all ages and social classes.

Just like the US, Tunisia had a traditional Tunisian knit called “Maryoul Fadhila”. Almost all Tunisian women in town or in the countryside used to wear this unique striped knit. But why is it called “Maryoul Fadhila”? Well the word “Maryoul” refers to sweater or knit in the Tunisian dialect, and Fadhila is the name of a famous Tunisian musician, singer and actress. This woman made the striped knit into fashion when she wore it in the beginnings of the 19th century.

“Maryoul Fadhila” was the symbol of the traditional Tunisian dress. In the 1960s, this knit crossed Tunisian borders and was exhibited in many stores in New York, Paris, Nice, etc. Many celebrities wore this traditional knit like the French actresses Catherine Deneuve, Brigitte Bardot and Claudia Cardinale. Even the famous singer Joe Cocker fell in love with this atypical knit.

Since then, other trends appeared and “Maryoul Fadhila” slowly disappeared from our cabinets. But last year, this traditional knit made its comeback and success was imminent. A collective even saw the light of day to promote traditional Tunisian clothing and particularly Maryoul Fadhila.

Today, Maryoul Fadhila has returned to the forefront of the scene and is very trendy. Many Tunisian creators even realized many modern pieces that have been inspired by this knit like swimsuits, dresses, t-shirts, etc.

10 sweet and savory recipes made with dates