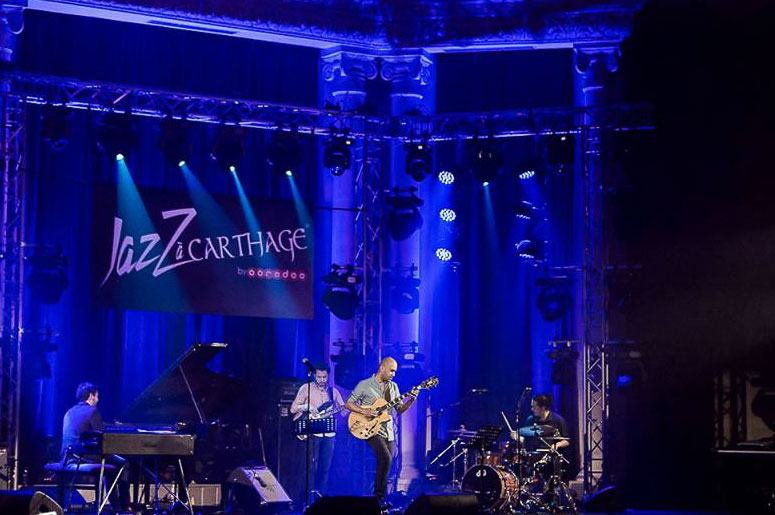 When it appeared in South America, by the end of the 19th century, nobody expected that Jazz music would become one of the most appreciated music in the world. This music emerged from other types of music such as blues, ragtime,… and has been also influenced by Euro-American and Afro-American genres.

When it first appeared, the success of jazz was imminent in the United States at the beginning of the 20th century before setting out to conquer the world. This expansion has even led to the apparition of many styles according to the countries and regions influences. And let’s be frank: it’s really hard to resist to the driving beat and rhythm of jazz. More than just a music, jazz is a whole state of mind and a way of living.

In Tunisia, things were a bit different. People discovered jazz music quite late compared to the US and Europe, and since then, this music begun to gain ground, slowly but surely. Since 12 years, Jazz in Carthage has become an unmissable musical rendezvous for all jazz lovers. This important festival takes place every year in Gammarth, in the northern suburbs of the country, and brings the best jazz artists from all over the world.

This festival has grown through the year and made a name in the Tunisian cultural scene, with more and more artists and visitors every year. The Ministry of Culture provides a special support for this festival, a support that brings more and more motivation to the organizing committee.

During 10 days, Tunisia will vibrate to the rhythms of Jazz with international jazz artists and lovers.

The Tunisian Couscous: a story of love and tradition

Hammamet: a seaside town with a timeless charm

In the early 1900s, Tunisia was very different from what it looks like today, even if it has preserved its authenticity in many regions. Somes places like the old Medina of Tunis, the Ribat…