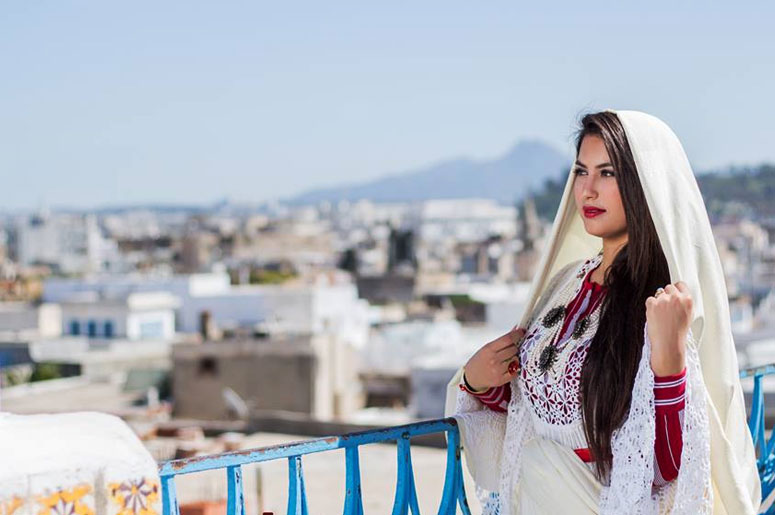 Today, Tunisia celebrates the National Dress and Traditional Crafts Day. And each year, an important march is organized in the city center of Tunis in a festive atmosphere, in which hundreds of people expose their prettiest traditional outfits.

Tunisian handicrafts have always been part of the country’s culture and identity, since the dawn of time. The marks that were left by the civilizations that have succeeded and the know-how that were accumulated over the centuries constitute an important cultural heritage and an integral part of the cultural wealth of Tunisia.

In Tunisia, every region has its own traditional outfit. These outfits are often worn during wedding days by the bride and the groom, but also by guests. Every wedding becomes therefore a beautiful pallet of colors and traditions.

So in order to pay tribute to this legacy, the Tunisian government decided to dedicate a day for Tunisian dress and traditional crafts: March 16 of every year. During this day, the traditional outfit is honored and many Tunisians celebrate this special day by wearing Tunisian jebbas and caftans (traditional outfits for men and women), without forgetting the chachia, a traditional hat and real symbol of Tunisian dress.

Happy birthday to our CEO!